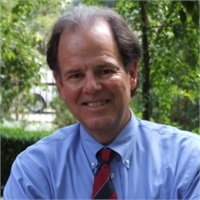 Doug was born and raised in Fresno.  He graduated from California State University, Fresno in 1971 with a Bachelor of Arts in Business Administration.

He spent fifteen years in a family business helping start and run several enterprises.  In addition he became involved in real estate and stock investing.

He changed directions in 1987 pastoring Community Brethren Church of Fresno.

In 1997, he made another change and launched his financial consulting career with A.G. Edwards and Sons.

In 2007 he, along with Dan Bushey, set up their own independent financial planning and wealth management company, Armey, Bushey and Associates.

He says, “We wanted to be free from the dictates of a large traditional brokerage company so we could focus only on doing what we felt was the best for our clients.”

In addition to business, Doug and his wife Jennifer are active in giving back to their community.  They support many organizations financially as well as serving on boards.

One of Doug’s major involvements is The Rotary Club of Fresno, which he served as President.

But he loves most spending time with his wife, grown kids, friends and new grandson who he says, “Really is the cutest baby ever.”

Doug says about his practice, “I enjoy the satisfaction of using my decades of experience to help clients, who are also my friends, pursue their financial dreams.”